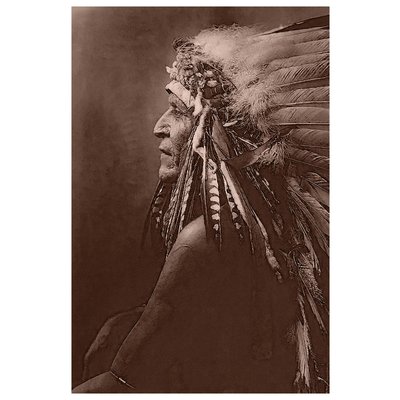 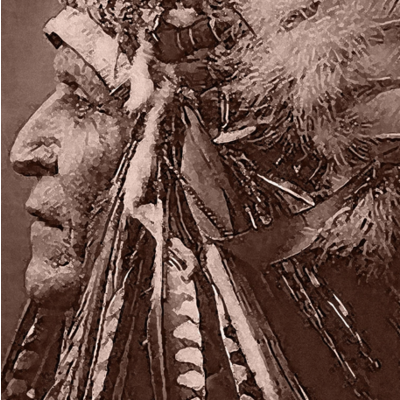 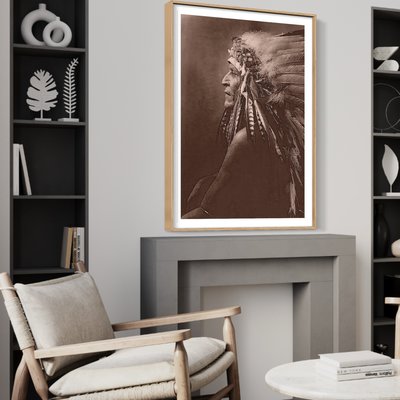 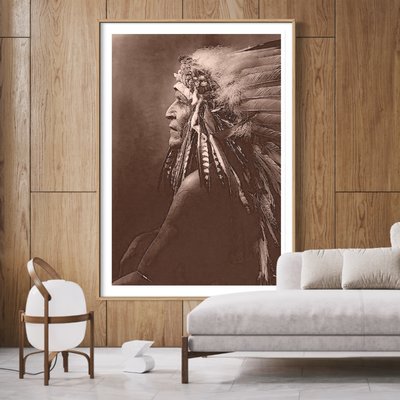 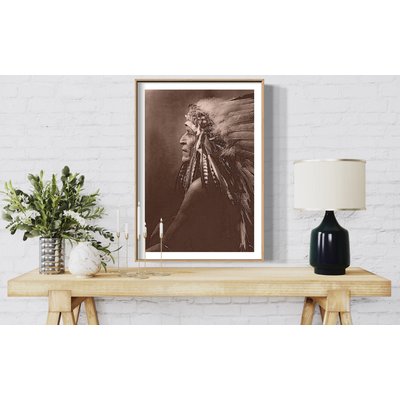 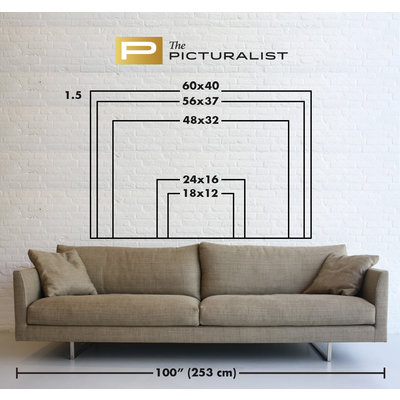 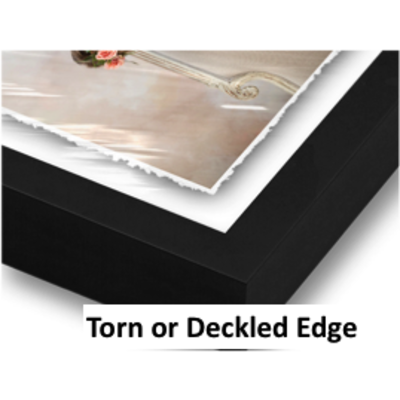 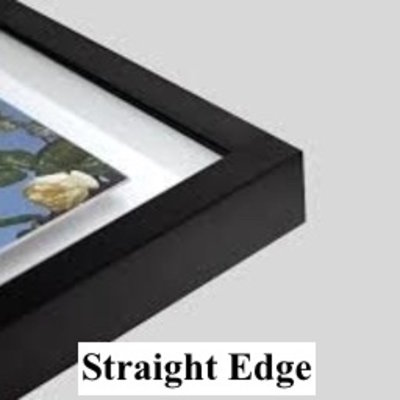 Floated open edition print in textured watercolor paper, presented in a shadowbox with a choice of frames and sizes. Ships in 10 days.

During the First Nations Wars of the mid to late 19th century, Native American warriors were known as braves. The awarding of an eagle feather, the traditional insignia of a Native American brave, was an important rite of passage into manhood.

Typical of the Plains in Alberta, Canada, the Blackfoot, also known as Blackfeet, were nomadic hunter-gatherers, living in teepees and subsisting primarily on buffalo and gathered vegetable foods.

During the First Nations Wars of the mid to late 19th century, Native American warriors were known as braves. The awarding of an eagle feather, the traditional insignia of a Native American brave, was an important rite of passage into manhood.

Before the arrival of the white man, Native Americans used bows and slingshots in small-scale skirmishes with rival tribes. By the 18th century, however, firearms were in widespread use. The braves of the First Nations Wars made use of many different types of guns. Cartridge firearms enabled chiefs such as Red Cloud and his dog soldiers to wage a successful guerrilla campaign against the blue-coats, until attrition and countless atrocities committed by the whites against Native American women and children forced the braves to surrender.

Many Indians joined the American armed forces during World War I and World War II, and regained pride in their warrior heritage. Joe Medicine Crow wore warpaint into battle and was awarded eagle feathers and the rank of chief by the elders of his tribe because each of the four heroic deeds he performed in Europe mirrored the traditional counting coup requirements.

During the Cold War, Russian and East German Red Westerns such as the Sons of the Great Bear subverted contemporary American portrayals of the First Nations Wars by romanticising the Native Americans brave's resistance to genocide at the hands of the white man. In the present day, so-called Red Indians are held in high esteem in Russia and Germany, with the colour red being associated not with their skin tone, but with their courage and skill in battle.

The name Peace of the Braves has been used to refer to several peace agreements with First Nations in Canada.