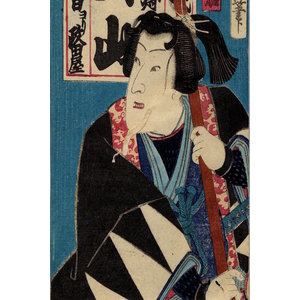 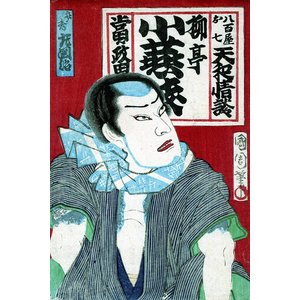 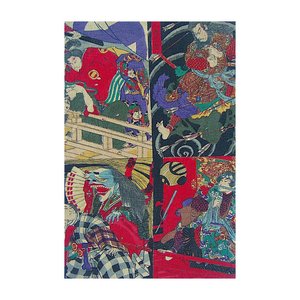 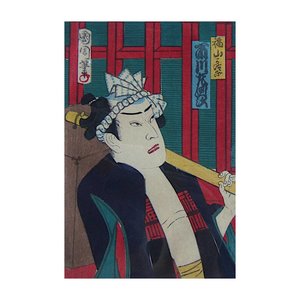 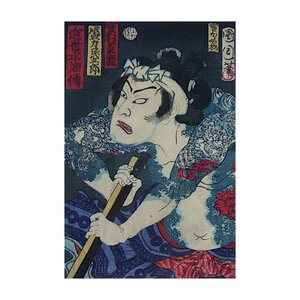 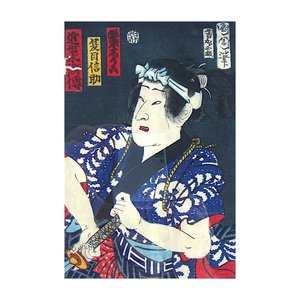 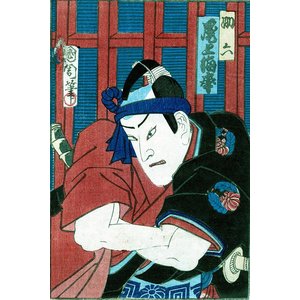 (Japanese: 豊原 国周; 30 June 1835 – 1 July 1900) was a ukiyo-e Japanese woodblock print artist. Talented as a child, at about thirteen he became a student of Tokyo's then-leading print maker, Utagawa Kunisada. His deep appreciation and knowledge of kabuki drama led to his production primarily of yakusha-e, which are woodblock prints of kabuki actors and scenes from popular plays of the time.

In the late 1920s and early 1930s an author, adventurer, banker and great collector of Japanese art, Kojima Usui, wrote many articles aimed at resurrecting Kunichika's reputation. He was not successful in his day, but his work became a basis for later research, which did not really begin until quite recently. In 1876 Laurance P. Roberts wrote in his Dictionary of Japanese Artists that Kunichika produced prints of actors and other subjects in the late Kunisada tradition, reflecting the declining taste of the Japanese and the deterioration of color printing. Roberts described him as, "A minor artist, but represents the last of the great ukiyo-e tradition." The cited biography reflects the author's preference for classical ukiyo-e. Richard A. Waldman, owner of The Art of Japan, said of Roberts's view, "Articles such as the above and others by early western authors managed to put this artist in the dustbin of art history." An influential reason for Kunichika's return to favor in the western world is the publication, in 1999, in English, of Amy Reigle Newland's Time present and time past: Images of a forgotten master: Toyohara Kunichika 1835–1900. In addition, the 2008 show at the Brooklyn Museum, Utagawa: Masters of the Japanese Print, 1770–1900, and a resulting article in The New York Times of 03/22/08 have increased public awareness of and prices for Kunichika prints.